› Blog › The Difference Between Smoke, Heat And Carbon Monoxide Detectors

The Difference Between Smoke, Heat And Carbon Monoxide Detectors 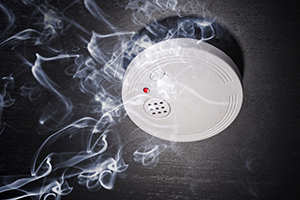 The statistics regarding fires in the United Kingdom make for rather sobering and frightening reading. Every year in the UK, fire services are called out to more than 270,000 fires including over 40,000 residential fire-related incidents.

These blazes result in more than 11,000 injuries and 400 fatalities. The sad fact is that many of the injuries and deaths which occur because of domestic fires could have been prevented by the presence of an early warning system.

Research has revealed that householders are four times as likely to be killed by fire in a house that does not have an alarm when compared to a property that has one installed.

Although deaths from carbon monoxide poisoning are not as common as those caused by fire, the number of fatalities is still too high and these deaths are easily preventable.

Thankfully, it seems that many householders are starting to fully realise the potential dangers posed by not having detector alarms for fire, smoke and carbon monoxide fitted in their properties.

Before installing any of these detector systems in a property, it is advisable to know exactly what each alarm does, where it should be placed and any laws which govern their use in landlord-owned properties and new-builds.

Carbon monoxide (CO) poisoning is known as the silent killer for a reason. The gas is colourless, odourless and tasteless. It is impossible to tell if a gas appliance in a property is leaking carbon monoxide without the aid of a detector.

People do not know they are suffering from CO poisoning until it is too late.

Even if the poisoning is not at a high enough level to kill, it can still cause breathing problems for the rest of a person's life.

Gas appliances which do not burn fuel properly produce excess carbon monoxide, which is then let loose into the atmosphere. Audible carbon monoxide alarms detect the presence of the excess CO and warn residents accordingly.

Although they are simple to install, carbon monoxide detectors should be fitted as per the manufacturer's instructions and serviced accordingly to avoid any potential warranty issues.

If fitted on a ceiling, the alarm should ideally be at least 300mm away from light fittings or walls. 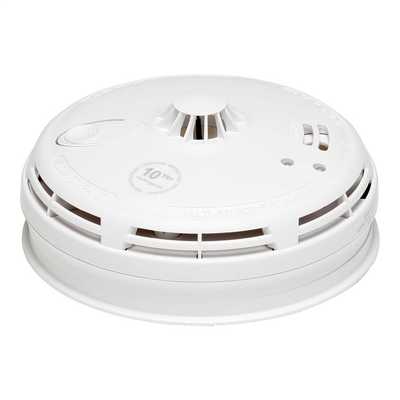 The most common type of detector is that used to detect smoke and fire.

Since 1992, building regulations in the UK have required each new-build to have at least one smoke alarm to be wired to the mains.

The biggest advantage to mains-powered alarms is that there is no need to worry about battery life. However, residents need to be made aware that even mains-powered detectors only have a certain shelf life.

It is recommended that all mains-powered alarms are replaced every ten years to ensure their working integrity.

There are four main types of smoke and fire detectors:

Ionisation, optical, heat and combined. Of the four, ionisation alarms are the least expensive. They are very sensitive at detecting smoke from fast-burning flames but less effective with slow-burning fires.

Optical alarms may be more expensive but are far more adept at detecting large particles of smoke from slow-burning fires. Unlike ionisation models, optical alarms can be installed near kitchens, as they are less likely to be triggered by smoke from burnt food.

If a householder wants an alarm fitted in their kitchen, the best type for these situations is the heat alarm. This type of detector is not sensitive to smoke and works by recognising a significant rise in temperature instead, such as that caused by a fire.

Combined alarms are simply combinations of detectors, such as ionisation and optical models.

The Best Combination of Detectors

For maximum protection, it is advised that each room in a property should have a smoke detector installed. However, this is not always practical, so a good rule of thumb to go by is to at least ensure that each floor of a property has an alarm fitted. In these cases, a combination of ionisation and optical alarms works best.

As with kitchens, bathrooms should only be fitted with heat alarms. Any other type of detector will be triggered by the presence of steam, leading to constant false alerts.

In landlord-owned properties where there are a number of different tenants, fire detection systems which are capable of waking sleeping people have to be in place by law. This usually requires the presence of interlinked mains-powered smoke or heat alarms that are fitted with a battery back-up.

The fitting of alarms which detect smoke, fire and carbon monoxide is a simple process and could lead to precious lives being saved; there really is no excuse for not fitting them in properties! 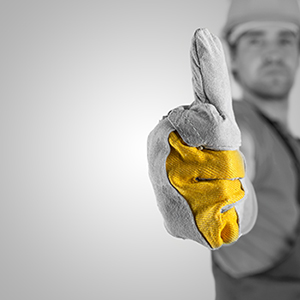 In today's fiercely competitive market, gaining both new and repeat business is becoming an increasingly difficult thing to accomplish successfully. It is very much a balancing act, with the need...

What's The Benefit of Security Lighting

There can be little doubt that one of the most effective ways of protecting a property is with the installation of outdoor security lighting. While at one time it seemed that only commercial...