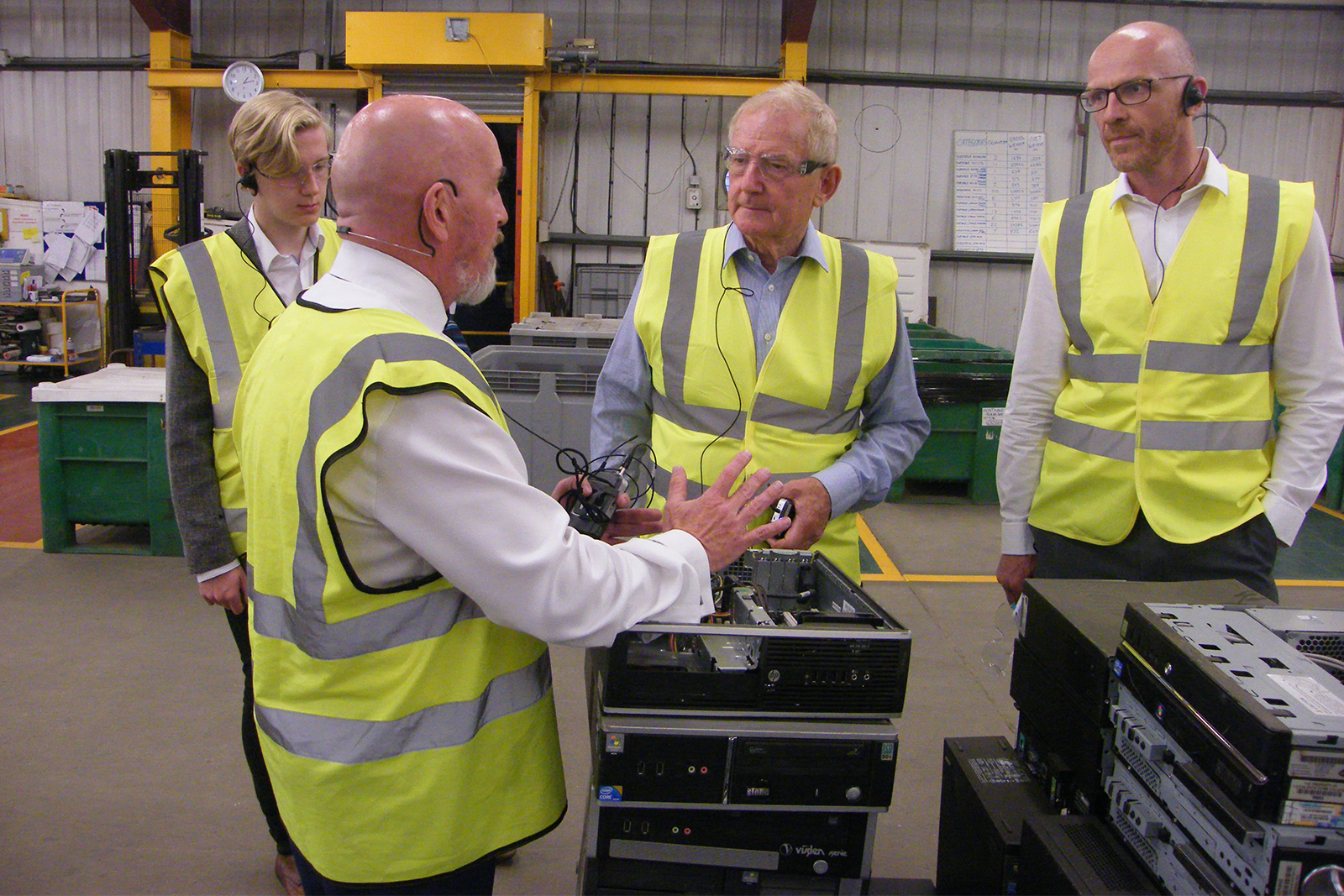 On Friday 20 July, Barry Sheerman, MP for Huddersfield, visited electrical wholesaler CEF's electrical waste site to find out how together they can increase awareness of the importance of recycling.

The MP came to the site in Kirkheaton following a recent visit by local schoolchildren who came to learn about why recycling waste electrical equipment (WEEE) matters.

Mr Sheerman, who is also Chairman of environmental charity Urban Mines, visited the Kirkheaton site with his environmental adviser James Horne. The MP is very passionate about recycling and believes that educating young people regarding WEEE is crucial to improving how we manage waste as a society.

Barry Sheerman, MP for Huddersfield, comments: "We will only make real strides forward in reusing waste when we give it value. There is more gold in a tonne of electrical waste than a tonne of raw gold ore - it is long overdue that we start to see the waste from our cities and towns not as waste, but as a valuable resource.

"There's also an issue of geographical disparity that we must overcome. Some areas are innovative in their waste recycling, while others have a long way to go to catch up.

"I absolutely feel that education holds the key to addressing both issues. By encouraging school children and students to visit sites like this one and see the process for themselves, the next generation will be aware not only of the significant environmental impact of their electrical waste but of its potential value."

CEF is the only electrical wholesaler in the country with its own recycling facility, run by Electrical Waste Recycling Group (EWRG). Rather than simply fulfilling their duties to store, transport and dispose of their electrical waste - as set out by the WEEE Directive 2007 - CEF and EWRG wanted to tackle the issue head-on, offering recycling to their customers as an in-house service.

Not only that, but they're also educating young people about the issue to encourage them to recycle in the future. When a group of Year 6 pupils visited the site, CEF and EWRG discovered there's a significant gap in the public's knowledge about why electrical recycling is so important.

Jane Richardson, Compliance Manager, Electrical Waste, comments: "The recent visit by Year 6 children from Kirkheaton Primary School was a great opportunity to show the next generation the importance of recycling electrical items in a real environment. Both staff and pupils were given a new awareness of not only how recycling prevents waste, but how much of an impact to the planet a lack of recycling can make.

"Feedback from the school was extremely positive, with pupils eager to educate their peers and parents about what they had learned. We'd like to help educate more people about this issue, with the help of the local community."

Following Barry Sheerman MP's visit to the site, CEF and EWRG plan to work with local government to do more to raise awareness of the importance of electrical recycling to both the environment and the economy.

Shaun Donaghey, Director of Operations, Electrical Waste, comments: "We're so pleased to have had Barry visit our site here in Kirkheaton. The recycling sector has a vital role to play in our local and national economy. We've created an urban mine here, collecting finite materials that we extract from our planet and that once would have simply been thrown in a hole in the ground. I hope that, following his visit to us, Barry can support our sector through great governance and leadership."

Michael Bishop, Managing Director, Electrical waste, comments: "Barry is a leading authority on environmental issues. It is a breath of fresh air to meet a Member of Parliament who shares our vision for the future of recycling and who will act as an Environmental Ambassador to create an improved awareness of the problems facing the waste industry." 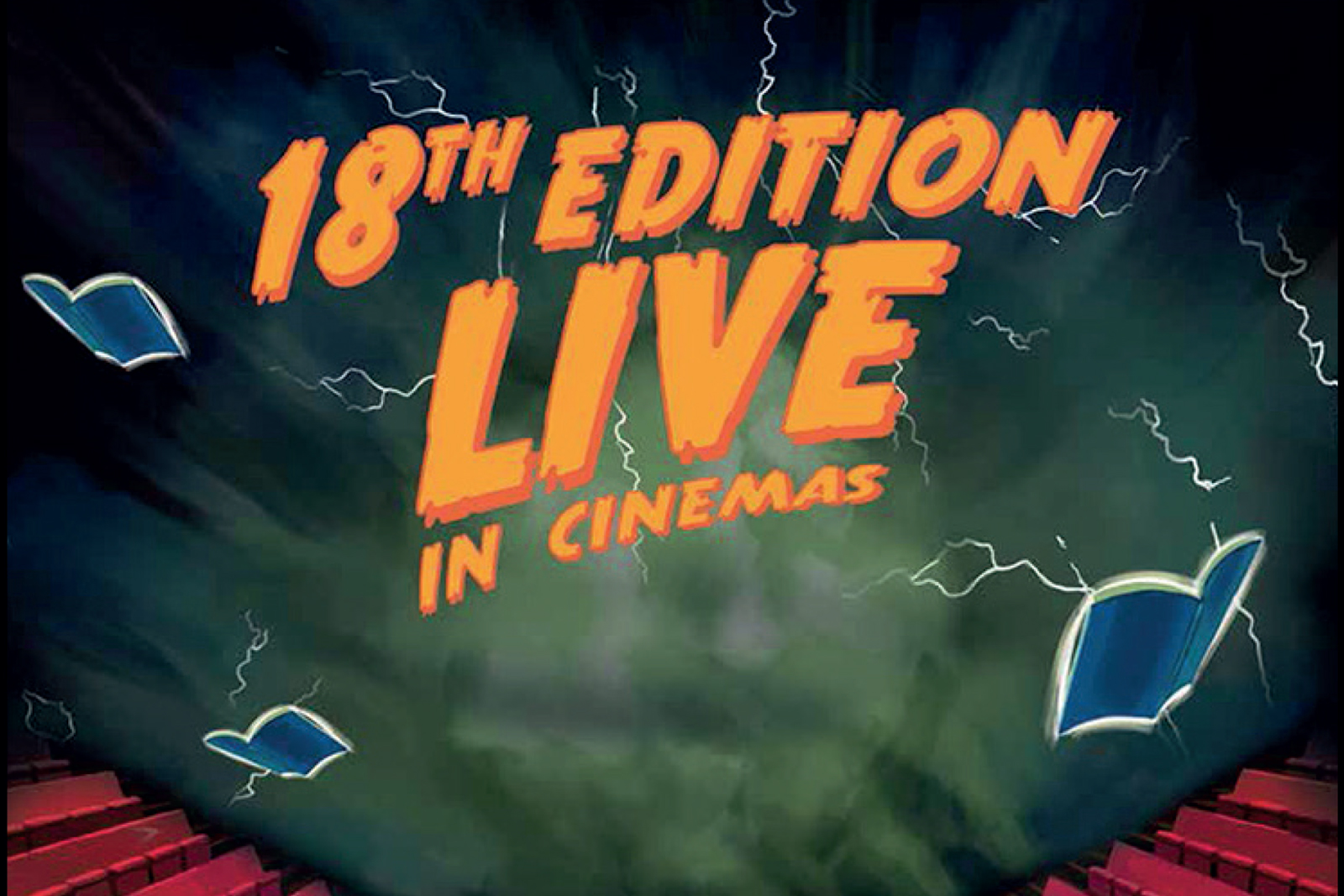 The 18th Edition Live: Lessons learned at the Faraday Theatre

The NICEIC & ELECSA hosted a world first on Wednesday, broadcasting an overview of the 18th Edition Wiring Regulations live from the Faraday Theatre to over 40 cinemas across the UK. As gold... 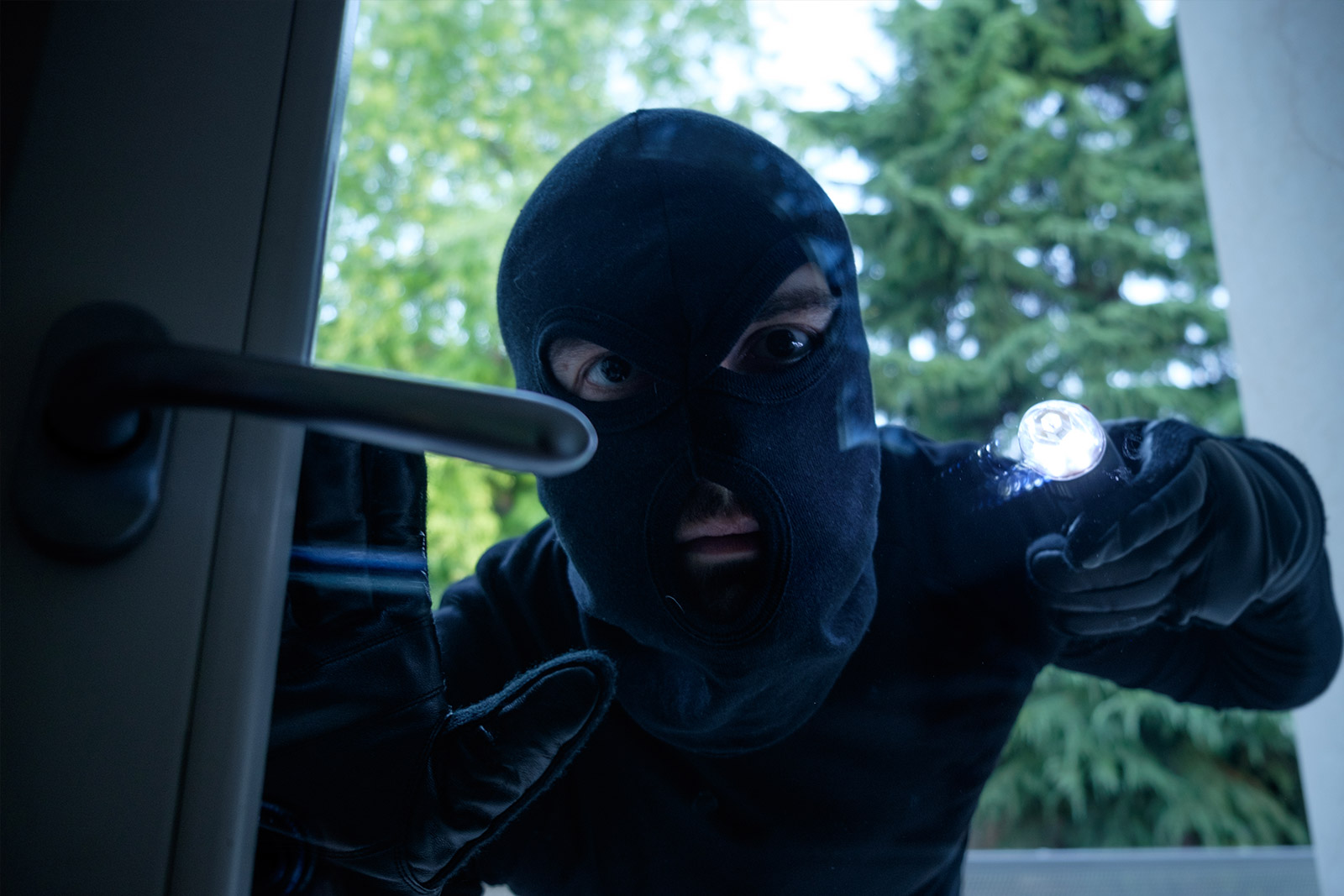 As the nights get darker, colder and spookier, security becomes a key issue. That’s why October is National Home Security Month, launched to raise awareness of the importance of home security.